The slogan, used by the Canadian Centre for Ethics in Sport to promote anti-doping rules, personally resonated with the Olympic hopeful.

“If you win the gold medal and on top of that you can prove you’re 100 per cent clean, it means you deserve that place,” the 28-year-old told RN’s Science Friction.

So in 2019, when she tested positive for a mysterious trace amount of a substance prohibited by the World Anti-Doping Agency (WADA) and was immediately suspended from competition, her world was turned upside down.

“I was like, what the hell is that? Is this a prank? I honestly thought it was a prank.”

Ms Vincent Lapointe’s career was on the line, but she had no idea how the substance had gotten into her system.

She had never even heard of the drug, called Ligandrol, a synthetic substance designed to help build muscle mass and power.

“SARMS have been reported to have an increased risk of heart attack, stroke and liver damage,” she said.

“And Ligandrol itself hasn’t passed through clinical trials, so we actually don’t know what the long- term health effects of the substance might be.”

Ms Vincent Lapointe’s case is strikingly similar to that of Australian swimmer Shayna Jack, who last year proved to the Court of Arbitration for Sport in Switzerland that she did not intentionally ingest the same drug.

Despite the court ruling in favour of Ms Jack, WADA and Australia’s anti-doping authority, Sport Integrity Australia (SIA), are challenging the decision on technical grounds and pushing to reinstate her initial four-year ban for doping.

Such cases are fuelling growing concerns that advances in anti-doping science and technology have led to athletes being unfairly punished for inadvertently consuming banned substances.

The ‘unintentional’ problem created for authorities

According to WADA, anti-doping tests at its international accredited labs have become 100 to 1,000 times more sensitive over the past decade.

Dr Catherine Ordway, assistant professor of Sport Management at the University of Canberra, says this has unintentionally created a new problem for anti-doping authorities.

“I think the science has improved to such an extent that we’ve seen a large number of cases that I don’t feel fall into the category of cheating.”

Has the science of anti-doping gone too far?

Is our progress in anti-doping science and technology unfairly punishing unwitting athletes? Or is it necessary to cast a wide net in the battle against drugs in sport?

Athletes’ samples have previously been contaminated by supplements that contain banned substances, which are not identified in the ingredients lists on their labels.

Dr Ordway says supplements are often contaminated with substances that have been made on the same production lines.

They’ve also been contaminated through food — for example, by eating beef from farms where steroids are used to fatten up cattle — and even through sexual contact.

“The concentration levels in their samples are so minuscule that the experts involved who are scientifically trained will say that there is no way that this could have advantaged the person on race day [or] even if they were training,” Dr Ordway said.

She acknowledges athletes who swear their innocence should not just be taken at face value, but argues the current system risks setting the bar too low.

“What we’re seeing is a trace amount that could only have been consumed through food or a contaminated supplement … and to be able to tar all athletes with a positive test result as drug cheats, I think is completely unfair.”

But Dr Speers from our national anti-doping agency says trace amounts of prohibited substances are not always linked to unintentional doping – they could also indicate athletes are intentionally doping.

“One [possibility] is that an athlete used the substance purposefully, but quite an extended period before we tested them so that what’s left in their body is a really small amount,” she said.

Athletes could also take small doses of a banned substance over a long period of time to obtain a smaller performance enhancement, a practice known as “micro-dosing”.

“Someone might do that to avoid detection, thinking you might take smaller amounts more gradually, then there’ll be less chance of being caught,” Dr Speers said.

In order to prove her innocence, Ms Vincent Lapointe had to figure out the precise source of the drug.

One of the most powerful figures in global anti-doping who caught disgraced drug cheat Lance Armstrong says Shayna Jack has been caught up in an unjust system.

This process, which isolated her from her teammates and coach, took its toll.

“I was just lost because it feels, as an athlete, as if you’re kind of an arrow … and the target is the Olympics. And suddenly … I was in the void,” Ms Vincent Lapointe said.

“So I just felt completely empty, just stuck in this emptiness of not knowing what I was doing.

The canoeist sent all the supplements used by her and then-boyfriend, an amateur soccer player, to a private lab for testing. But they came back negative.

She says while urine could provide a “one-time snapshot” of a person’s body, hair can detect substances over a longer period of time because it grows about 1 centimetre every month.

“And if there is nothing in the hair, it means you never did repetitive absorption … what that suggests is that it [was] a one-time thing.”

Ms Vincent Lapointe also sent some of her boyfriend’s hair to the lab, just in case.

Her sample came back negative, but her boyfriend’s hair tested positive for Ligandrol — the very substance that led her to fail her initial drug test.

They later tested a substance he had taken — but had never told her about — and confirmed that it contained Ligandrol.

“One of the things I reproached [him most for] is the fact that he didn’t tell me about it,” she said.

“Not knowing and taking something [prohibited], I’m mad about.

“But hiding it from me for months and knowing that my whole career and life was on the line because of that, I just couldn’t take it.”

The lab concluded a trace amount of the drug was most likely transmitted to Ms Vincent Lapointe through saliva, via a kiss.

The couple later broke up. But her ex-boyfriend testified to support her case at her hearing before the International Canoe Federation, which cleared Ms Vincent Lapointe for competition in January 2020.

“On the one hand, you’re incredibly frustrated and you feel betrayed, but on the other hand you feel, like, so relieved that it is finally coming to an end,” she said.

Dr Ordway says unlike Ms Vincent Lapointe, Ms Jack has been unable to prove for certain how her sample became contaminated with a prohibited substance.

“She’s in a far more difficult position than the Canadian case, because she incurs the cost of having to get everything she’s ever used or taken,” Dr Ordway said.

“She’s had to go through this process, which I understand from the media reports, has cost her tens of thousands of dollars in order to be able to clear her name, which is a very difficult situation for essentially an amateur athlete to go through.”

Is a new approach necessary?

So when an athlete tests positive for a banned substance, they’re deemed guilty of doping no matter how small a trace is identified in their sample.

Want more science — plus health, environment, tech and more? Subscribe to our channel.

And athletes are strictly liable for doping violations, which means that once they test positive for a banned substance, it’s up to them to prove this was not intentional.

Ms Vincent Lapointe supports this, saying she went through “hell” trying to find the source of the trace amount of Ligandrol in her system.

“I’m not against the tests, because they’re important. You need the test to make sure the sport stays clean,” she said.

“But on the other hand, it’s very, very heart-breaking when you’re the person who knows you haven’t done anything, but you’re still being considered as guilty.”

Ms Jack declined to be interviewed by Science Friction for this report.

Want more science from across the ABC?

Science in your inbox

Get all the latest science stories from across the ABC. 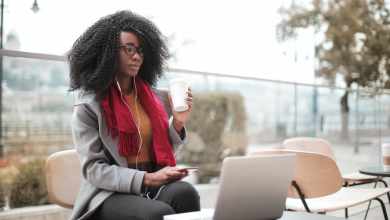 How To Open An Internet Café
3 weeks ago

A pair of cold fronts coming from the south pole will bring freezing weather to eastern Australia over the weekend...