Australia has been labelled a “global laggard” in a scathing new report — and we could be punished by countries that are leaving us behind.

Australia is “rapidly being left behind” by much of the rest of the world when it comes to cutting greenhouse gas emissions.

Indeed, it has made so little progress on climate change it now has to do more than most other nations just to keep up.

But far from Australia’s fossil fuel-based economic bedrock being at risk if we moved to a greener economy, a scathing new report has predicted the opposite could be true.

Other nations could begin to slap “carbon tariffs” on Aussie exports and the country could miss out on being a world leader in clean energy as it stubbornly stands behind fossil fuel industries.

“The federal government is behind the momentum that’s building elsewhere in the world,” said ANU climate scientist Professor Will Steffen at the launch of the Aim High, Go Fast climate report.

“We’re the global laggard when it comes to developed countries. We’re falling behind, we’ve been behind all decade which means we now have to do more than the global average.”

Prime Minister Scott Morrison avoided global talks on climate change in New York in 2019, then Britain refused to let him speak at a climate summit last year. This week, the new ambassador to Washington DC, Arthur Sinodinos, said the Australia’s “climate wars” at home has harmed its reputation abroad.

The Paris Agreement commits nations to holding any temperature increase to “well below 2C” above pre-industrial levels and preferably to 1.5C. But the level of climate initiatives announced by various countries means the world is likely to instead warm to at least 3C by the end of the century.

A report by the Australian Academy of Science, released last month said 3C of warming would lead to more “mega fires,” 250,000 Australian properties would put at the risk of inundation by the sea, the Great Barrier Reef would die off, there would be increased deaths from heat stress, and tropical diseases would become common in southern cities.

But 3C is only one scenario. The mercury could head even higher if countries falter on their current targets.

Australia has an aim to reduce greenhouse gas emissions to 26–28 per cent below 2005 levels by 2030 and PM Morrison has said a goal is to achieve net zero emissions “preferably by 2050”.

However, the country has been consistently criticised for not having enough ambition or taking the necessary steps towards a low carbon future.

Australia emissions were down, but now they’re rising again

Prof Steffen said as emissions had actually risen in Australia in the past decade the country now had to do more and should look at a cuts as high as 75 per cent by 2030 and net zero by 2035 – that’s 15 years before many nation’s net zero goal.

“Australia is effectively standing still, while the rest of the world — including our strategic allies and trading partners — race towards net zero emissions,” said Prof Steffen.

Cuts in emissions from electricity generation due to more renewables have been more than offset by a gas industry boom.

World leaders will meet in the British city of Glasgow in November to assess how far countries have gone in meeting climate goals.

Australia accounts for 1 per cent of global carbon emissions but per capita is the third largest emitter behind Saudi Arabia and Kazakhstan.

Emissions in the UK have fallen 29 per cent in a decade despite the economy growing by 20 per cent. This has been driven by Britain using 80 per cent less coal.

Other European countries have seen a downward trajectory as has the US. China’s emissions have soared but are still remain far below Australia’s measured per capita.

“We’ve got to globally get on top of this fast,” said Prof Steffen.

“The US understands it; I think China understands it – they’re all starting to move. we need to do our part and play catch up now.”

Speaking to the SMH, Mr Sinodinos, who has just taken up the position of Australia’s top diplomat to the US, said a repair job was needed with the administration of President Joe Biden when it came to Australia’s climate credentials.

“It’s true to say that because we’ve had the climate wars – with three or four prime ministers losing their jobs – they see this has been a politically fraught issue for us.

“There’s been so much focus on the argy-bargy of the climate wars in Australia but what that overlooks is that a lot of action has been taken in terms of emissions reduction and investment in renewables,” he said.

The Climate Council report said a cut of 75 per cent of emissions by 2030 was “exceptionally challenging” and would be “disruptive in many ways” but said it was “the inevitable result of decades of delay and inaction, particularly the most recent decade”.

Prof Steffen said it would take an effort comparable to World War II to retool the economy.

“It’s going to be a tough decade, no doubt about it. They’ll be some disruption but it’ll set us up for a much brighter future.”

To get emissions down, Prof Steffen said there should be an immediate moratorium on expansion of the fossil fuel industry, including gas, and a “supportive phase out plan” from the existing industry and the communities it supports.

An aim should be for 100 per cent renewable energy by 2030 and to start an export industry focused on clean hydrogen, he said.

The report stated Australia had “natural advantages” that lent itself to moving away from fossil fuels, such as an abundance of sun as well as being technologically advanced.

But if Australia dawdled it would simply be overtaken by events, the report forecast, as businesses and other nations committed to net zero targets regardless.

Singapore, Prof Steffen said, had an “open invitation to Australia” to supply it with clean energy in the future. An invitation that could vanish if another nation jumps in first.

Australia also faces being penalised by other countries for not doing enough.

“If we lag behind and don’t take a vigorous emission reduction plan to Glasgow, the EU and other countries may slap tariffs on our exports as being carbon intensive, so we face a big risk,” he said.

The report stated that “every dollar invested in climate solutions avoids further losses” down the line.

“Rather than doing the minimum, we should do our best,” said Prof Steffen.

“And doing our best could have a lot of benefits for Australia”. 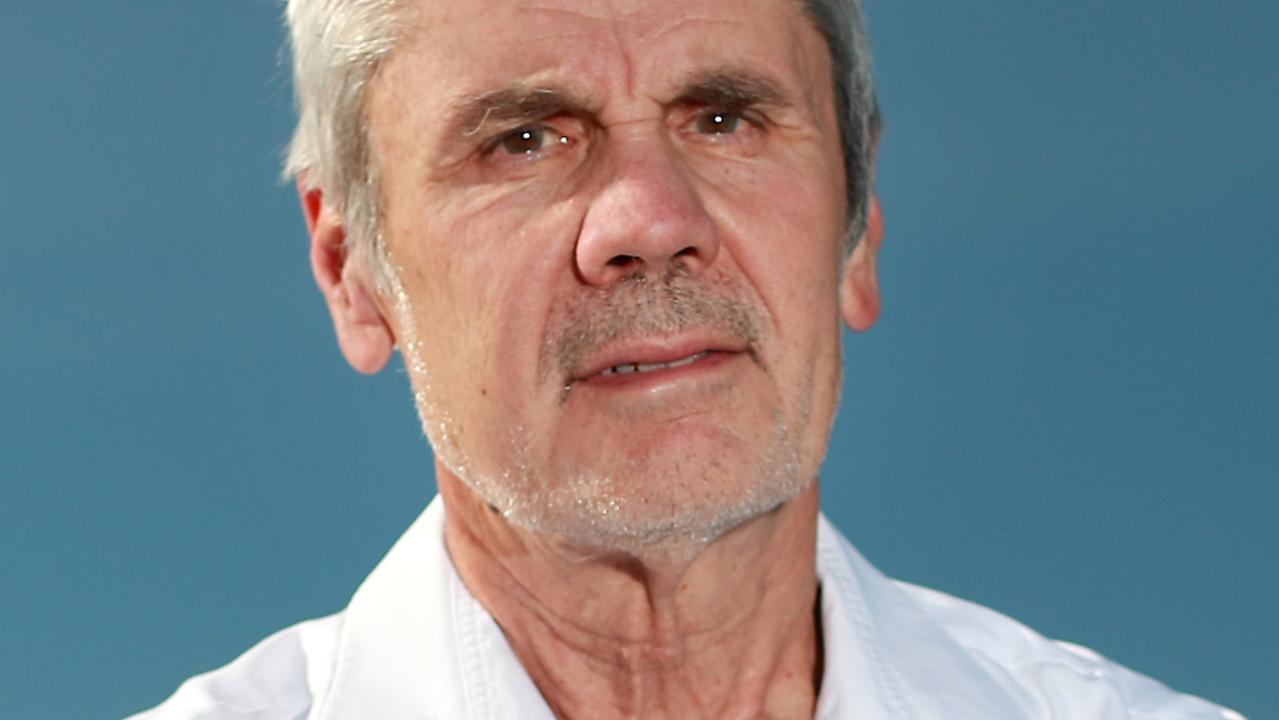 The Prime Minister has been inching his way towards a net zero emissions target for 2050, but scientists say the climate is in crisis and action needs to be drastic, and immediate. 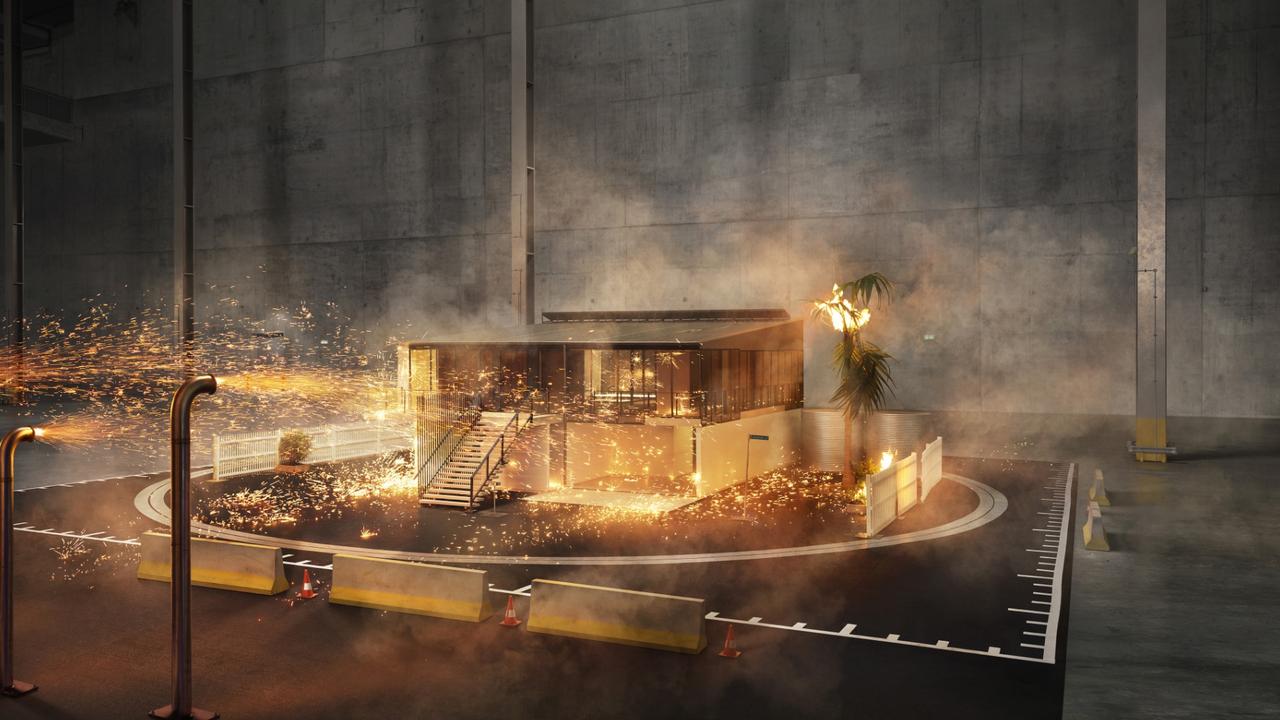 Natural disasters are hitting Aussie homes with more frequency and intensity than ever. But we’re more concerned with getting a nice new kitchen than making our houses more resilient.